A favourite spot looking West towards the Isle of Arran.

I am a licensed amateur radio operator with a background in many technical fields.
I enjoy mountain biking and radio communications while roaming about up in the hills of Ayrshire and Dumfries & Galloway regions in South West Scotland.
I am an active member of KLARC The Kilmarnock and Loudoun Amateur Radio Club

I enjoy making contacts with other licensed amateur radio stations around the World from interesting locations.
There are a great many historic remains of our industrial and socio-economic heritage scattered around the hills and glens in Scotland and I try to operate from historic sites and share a little information with others who may have an interest in discovering places that have been lost or forgotten in the mists of time.

As an active member of  KLARC The Kilmarnock and Loudoun Amateur Radio Club I enjoy taking part in setting up and operating special event stations. 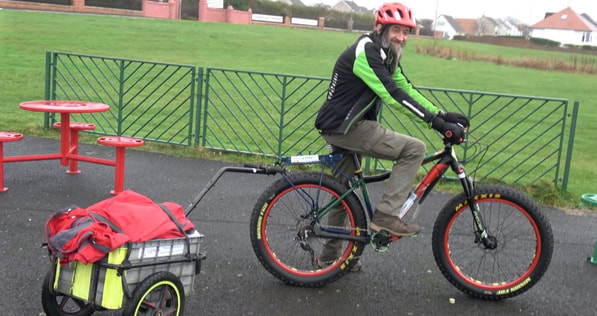 Photographs of the Knockshinnoch Memorial site taken 13 June 2021.
- click on an image below to view original photo - 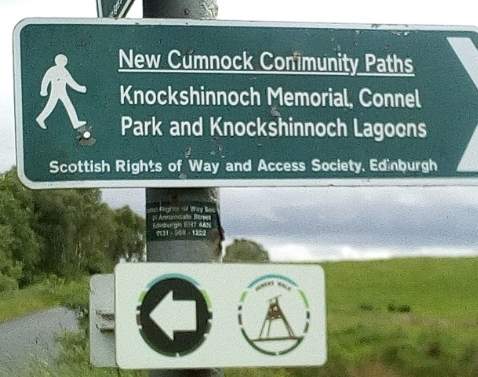 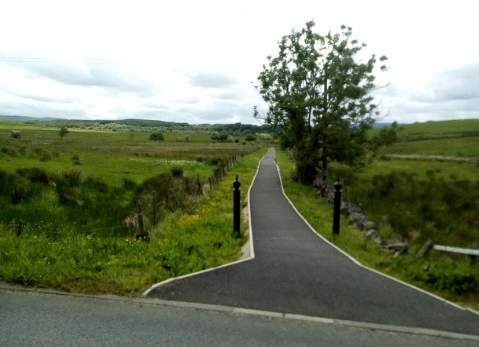 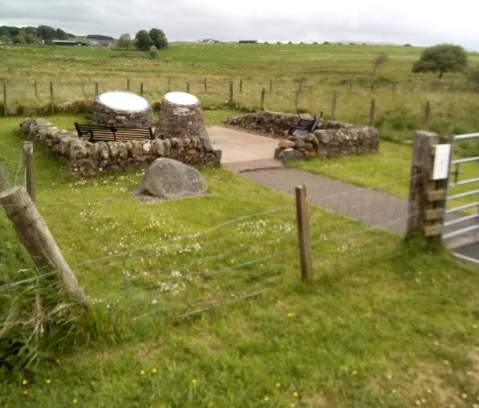 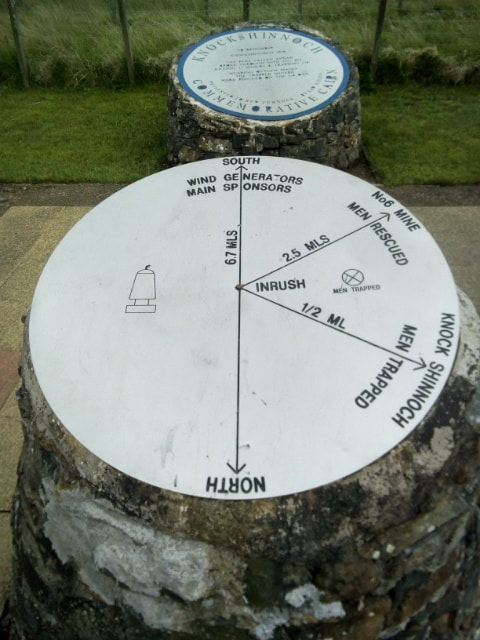 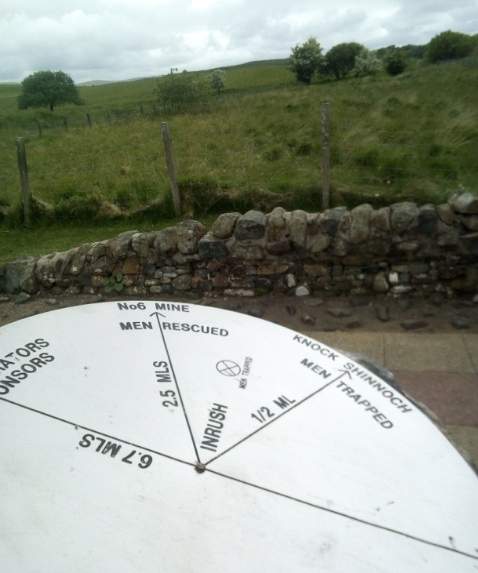 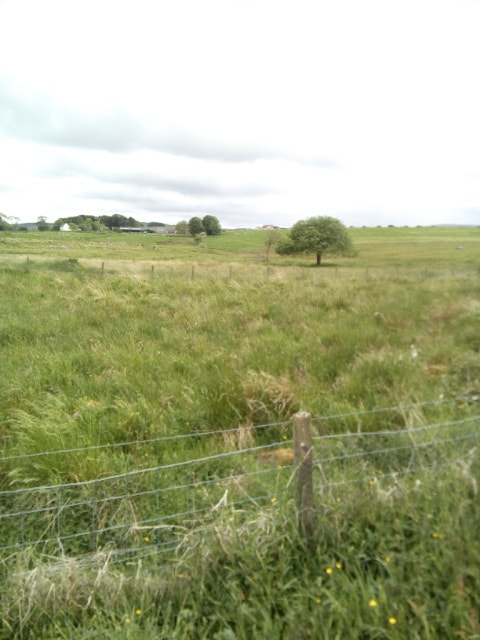 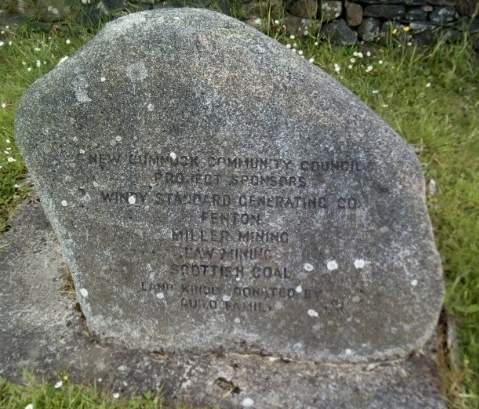 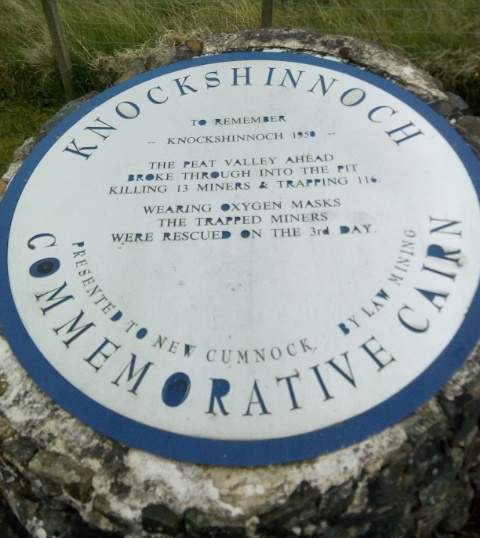 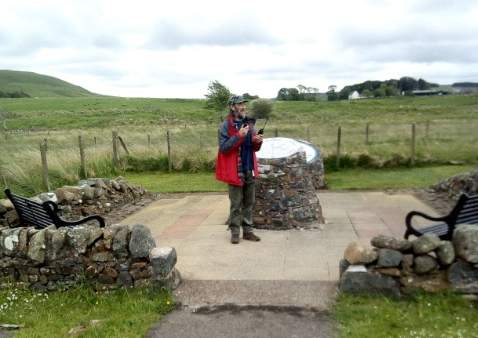 ​The disaster occurred on 7 September 1950 when workings driven too close to the surface allowed a peat basin at the surface to burst into the mine, the ensuing inrush trapping 129 miners underground, of whom 13 subsequently died. Most of the trapped men were heroically rescued through workings connected to the neighbouring Bank No. 6 Colliery.

The accident occurred about 7.30 p.m., whilst the afternoon shift was at work, on Thursday, 7th September, 1950, when a large volume of liquid peat suddenly broke through from the surface into the No. 5 Heading Section of the Main Coal Seam. The inrush started at the point where the No. 5 Heading, which was rising at a gradient of 1 in 2, had effected a holing at the outcrop of the seam beneath superficial deposits and had made contact with the base of a large natural basin containing glacial material and peat. The liquid matter, rushed down the steeply inclined heading and quickly filled up a large number of existing and abandoned mine tunnel drifts and roadways as well as several working places. This inundation of liquified peat /moss cut off the two means of egress to the surface from the underground workings of the Knockshinnoch Castle colliery.

There were 135 miners working underground at the time. Six men working near the main shaft bottom quickly escaped to the surface by way of the downcast shaft before it become blocked, while 116, with all means of escape cut off, found their way to a part of the mine then unaffected by the inrush, leaving 13 persons missing. The 116 men trapped below ground were rescued after an incredible rescue effort by miners and rescue teams from as far afield as Edinburgh and Liverpool lasting more than two days.

The 13 men who sadly lost their lives in the disaster were;

Video footage of a news report on the disaster from British Pathe news:  https://youtu.be/SnYOKy6_7Uc

The disaster was dramatized in 1952 with the release of the British film, 'The Brave Don't Cry', starring John Gregson, Alex Keir and Fulton Mackay.

A busy shack is never properly tidy, it just evolves as time passes. 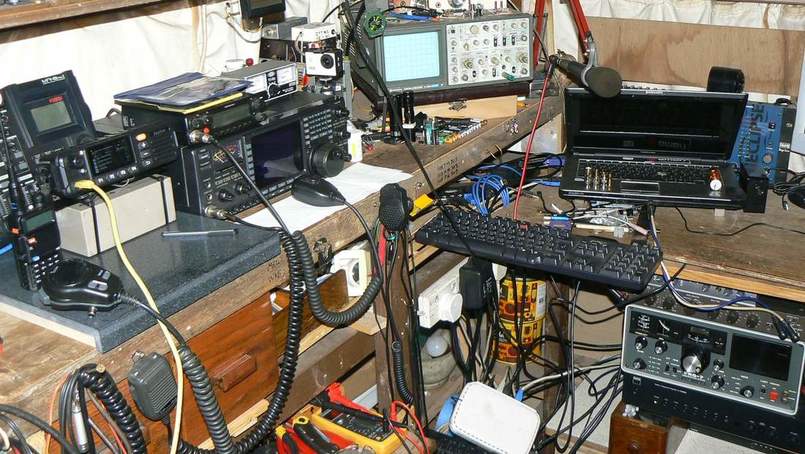 An ever changing corner of the shack. Constant juggling is all part of the fun as equipment and projects come and go. ;-)

The most important part of any radio station is the antenna.
A basic radio with an efficient antenna can perform better than the best radio with all the fancy bells and whistles using an inefficient antenna system. Whatever radio equipment You use it will only work properly and perform well with a good antenna system.
There are huge numbers of antenna designs to choose from to suit almost any location.
Many people will simply buy a commercially produced antenna and be happy with that but there are also many people who enjoy building their own antennas and experimenting with different designs to find what works best at their specific location.
There is no such thing as a 'best antenna' that is perfect for everyone.
It takes a bit of time and experimentation to discover what works best at each specific location.
I personally enjoy constructing my own antennas for LF/HF/VHF/UHF and microwave frequencies using whatever suitable materials are available. I have a lot of fun building and comparing different antenna designs at my home location and for portable operation. 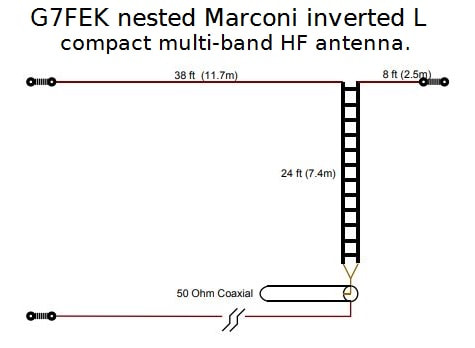 Most operators will build this type of antenna using commercially available open wire balanced feeder for the vertical element section.
​As I did not have any suitable ladder line available I decided to make my own using what I had available. 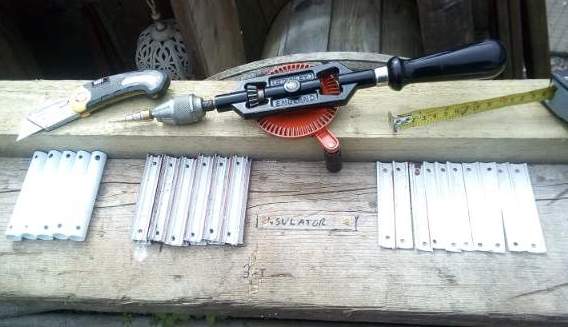 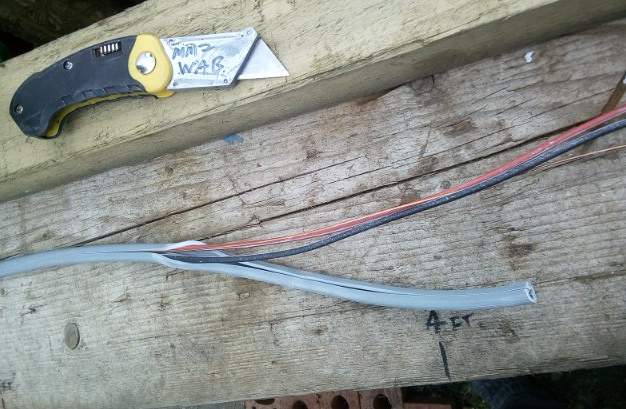 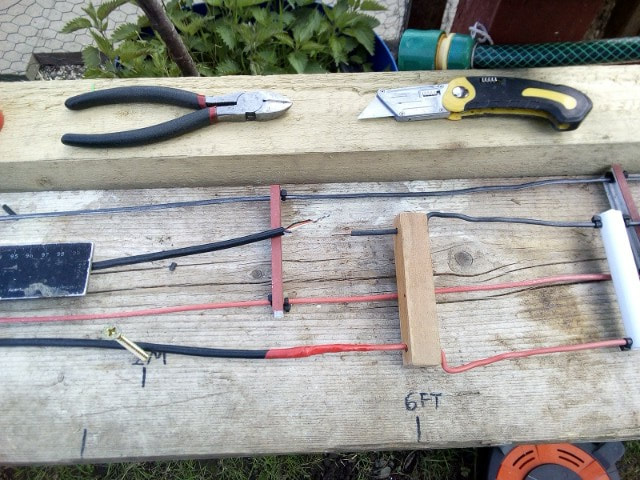 #1:  The insulating spacers for the open wire balanced line were made by cutting some electrical conduit into 3 1/2 inch lengths and drilling holes to slide the wires through giving a nominal 3 inch spacing between the wires.

#2: The wire was 're-purposed' 2.5mm twin and earth AC power cable that is no longer suitable for its intended use due to the red & black insulation not conforming to modern electrical installation regulations. (It could be used for DC power )  As the colour of the insulation makes zero difference to its electrical and RF handling properties I stripped off the outer jacket of the cable and used the red & black covered 2.5mm CSA copper wires to make the 24ft ladder line vertical section of the antenna.

#3: The insulating spacers are held in place on the wires using small cable ties and connections to the antenna wires are soldered providing good electrical connection and mechanical strength.
This is just one of several websites I run, I also occasionally post radio related stuff on my [ Blog Page ]

This website uses marketing and tracking technologies. Opting out of this will opt you out of all cookies, except for those needed to run the website. Note that some products may not work as well without tracking cookies.